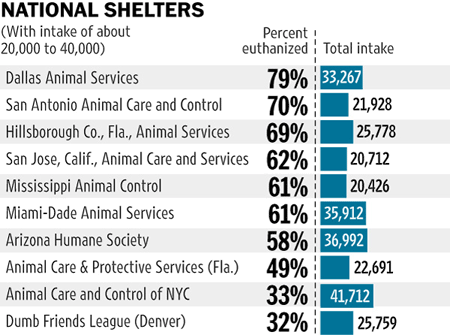 High kill rates in U.S. animal shelters have always been a problem. The recession which began in 2008 added to the problem. A Canadian cocker spaniel rescue is lending a hand to California which has one of the highest pet euthanasia rates in the nation. Angels Under Our Wings Cocker Spaniel Rescue (AUOWCSR) of Victoria, British Columbia is rescuing cocker spaniels from the Los Angeles area at risk of euthanasia. “We rescue abandoned Cocker Spaniels mostly from high kill shelters in Los Angeles that through no fault of their own have ended up in the shelter in danger of euthanasia,” says volunteer Sarah Drader.

AUOWCSR Spends on average $700 – 900 caring for each rescue. “Some have cost us thousands of dollars,” says Drader. If you would like to donate or are interested in fostering please visit www.angelsunderourwings.com