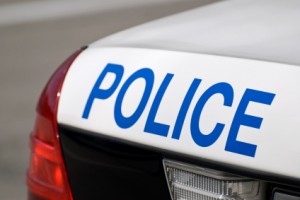 A Westford, Connecticut woman reported she had been harassed by other breeders concerning the East Coast Cocker Classic held on March 30 through April 1, 2012. Reportedly, Hamden city officials had warned participants at the event about leaving their cocker spaniels unattended in a nearby warehouse. Since the Westford breeder did not attend the event she was suspected of reporting the unattended cockers. The Westford breeder claims she and a friend in Glastonbury, CT are being threatened by breeders in Connecticut, New Hamshire, Pennsylvania and South Carolina.

Broken glass has always been a problem in my neighborhood. It’s even in the playgrounds. Walking Hoshi in my neighborhood is like walking through a minefield. Today was the last straw. Hoshi walked right into a pile of broken glass (a beer bottle) during our walk. I got my leaf blower and got on my bike and went through the neighborhood clearing glass off the sidewalks. My neighbors probably thought I was crazy. It’s a shame they don’t care enough to do it themselves. Later, I took Hoshi for a walk around the block around 5pm. It was nice walking him without worrying about in stepping in glass. This is the 2nd time I’ve done this in my neighborhood.

Last Friday Mary Brodersen pleaded not guilty to 93 counts of animal neglect despite the deplorable conditions her cocker spaniels were found in.  Five were found dead.

Dates in timeline may be approximated

Maybe it was the same one. It was about a mile away from where we saw the other one. It had just crossed a major road. They don’t run too fast. I was careful not to get close. Hoshi was going nuts. It smelled skunky too. I think these are good bonding moments for me and Hoshi. We’re still not as close as me and Gabby were.

The 18-year-old brother and 23-year-old sister who brutally killed their aunt’s cocker spaniel will face trial March 7th. On February 4, 2012, Timo Bodtcher held down Prince while Charissa Bodtcher stabbed him approximately 10 times with a 12-inch hunting knife. Both fled the scene leaving Prince to die. Prince managed to climb up the long flight of stairs leading to his home in a 2nd floor apartment. Police testified Prince left trail of blood on the stairway where they found him bleeding profusely with his organs protruding. Tim Bodtcher justified his actions by saying Prince was “crazy” and “bites people.” Both siblings are free on bail.